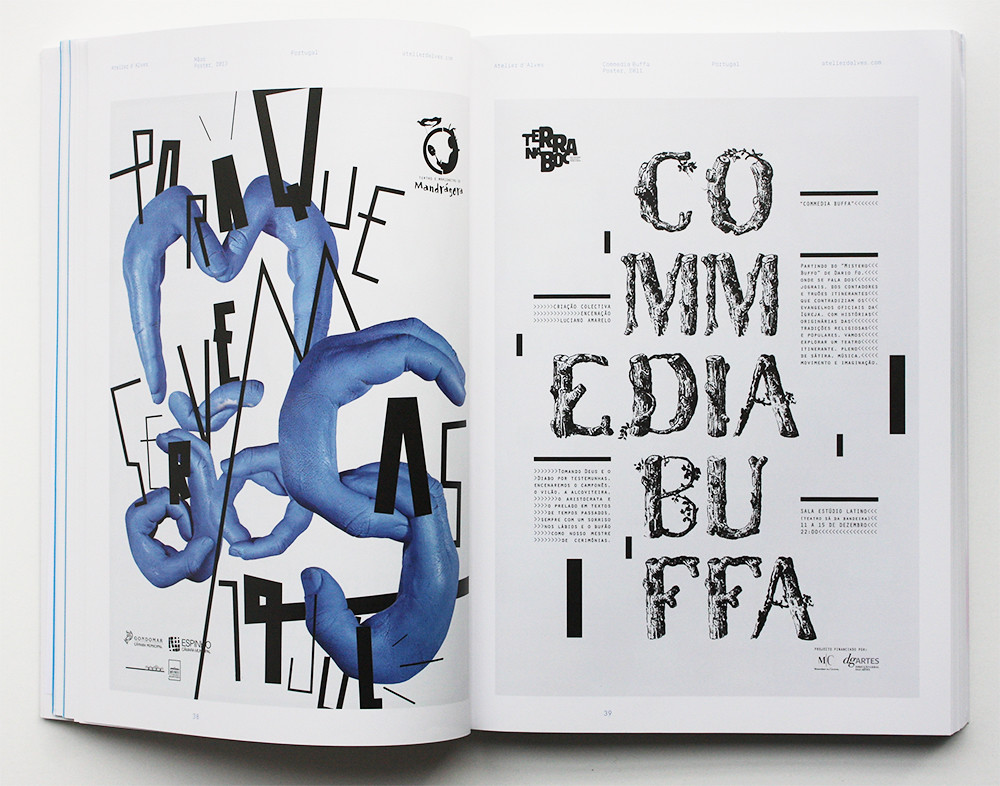 Designers do not always need to prioritise typographic legibility; the designer is also an author of content; and experimentation can push designers to supersede stylistic trends and visual clichés. 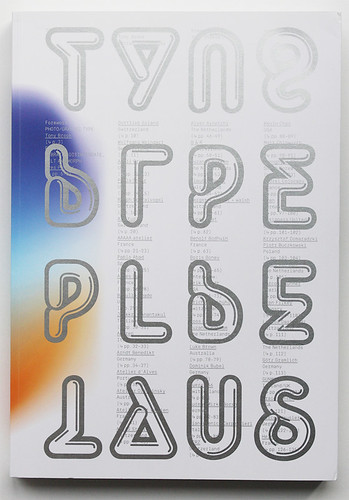 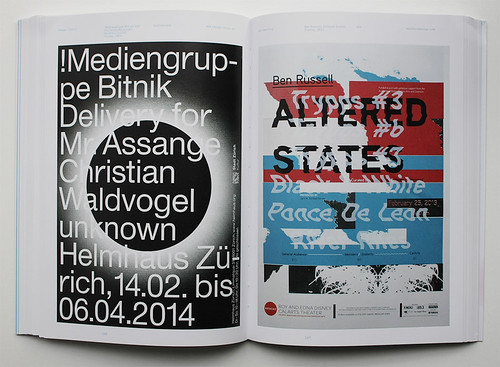 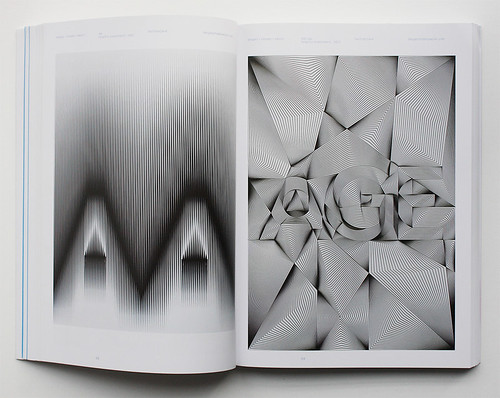 An essay by typographer / critic Yves Peters argues that the concept of typography as a ‘crystal goblet’, proposed by Monotype’s Beatrice Warde, is a fallacy, and suggests that supposedly ‘neutral’ typefaces are ‘rife with connotation’. Peters comments on the increase in design-literate viewers, writing: ‘We now live in a visual environment that constantly sends out codified messages just beneath the surface of the written word … We have subconsciously learned to navigate this environment …’

Posters from the D/I/M/E/N/S/I/O/N/S series designed by My Name is Wendy, Carole Gautier and Eugénie Favre, 2013. 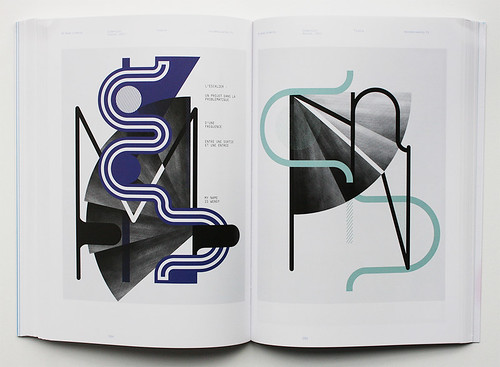 Much of Type Plus shows examples of graphic design that allows letterforms to be manipulated to abstraction for the purpose of advancing meaning. There is work by practitioners such as Matthew King (USA) and Maziyar Pahlevan (Germany), and studios such as My Name is Wendy (France) and Atelier D’Alves (Portugal). King’s film poster for Ben Russell: Altered States, screened at Redcat in Los Angeles in 2013, borrows from the visual language of analogue technology, including maps and the American flag – overlaid letterforms bend and wave like a weak signal on a television screen amid red, white and blue blocks of colour and fragments of a world map.

Maziyar Pahlevan’s ‘Record, Reframe, Resist’ poster (2012) was designed for a Friday Late at the Victoria and Albert Museum in London, to coincide with the ‘Light from the Middle East’ photography exhibition, using Arabic script with wireframe Roman characters among oversized flower blossoms. 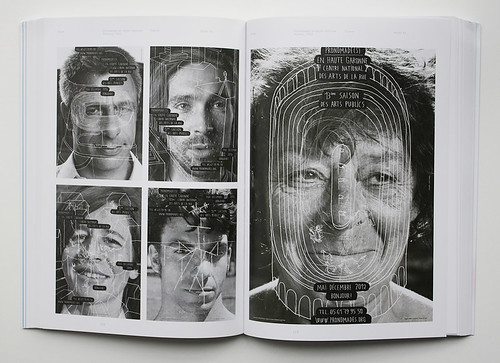 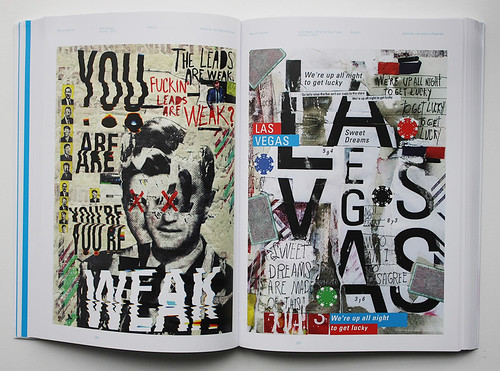 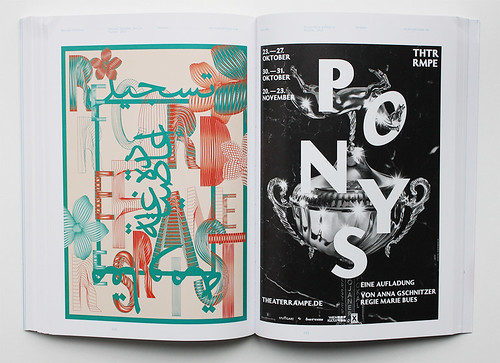