Pulling back the curtain

Published by the Communist Women’s League, Ty i Ja [You and I] was an ambitious 1960s title that brought the outside world to its Polish readers 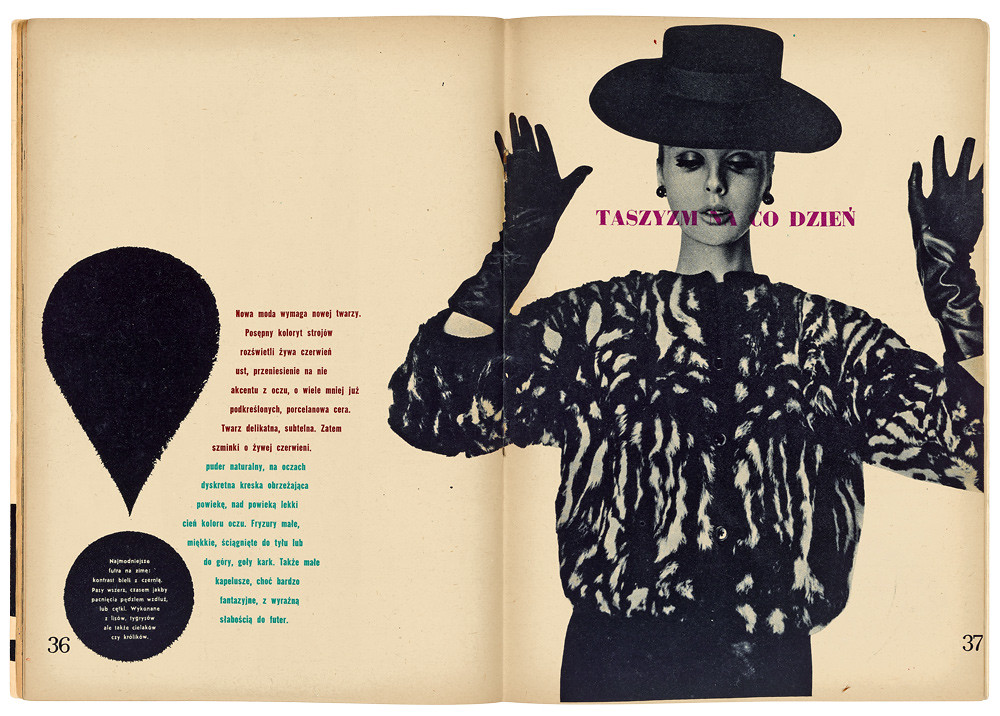 A new wave of magazines flooded newsstands in the 1960s. Heralding the arrival of the ‘permissive society’, new titles such as Twen in West Germany and Nova in the UK took on ‘taboo’ subjects – such as homosexuality, drugs and radical politics – with graphic élan. Twen and Nova formed the vanguard of a revolution in magazine publishing in the 1960s, prompting the redesign of established monthlies such as Esquire and Queen, and anticipating the first Sunday supplements. Another title, Ty i Ja [You and I], deserves its share of praise, and yet it is hardly known – overlooked largely because it was published on the wrong side of the Cold War divide.

Roman Cieślewicz’s 1960s covers for Ty i Ja were invariably a play on the meaning of the magazine’s name (You and I), featuring encounters between male and female. Like a ‘battle of the sexes’, they often seemed to pit man against woman and vice-versa.
Top: The title for this eight-page October 1962 fashion story reads ‘Everyday Tachism’, a reference to the splashy approach to abstract painting which was en vogue in Paris in the 1950s. 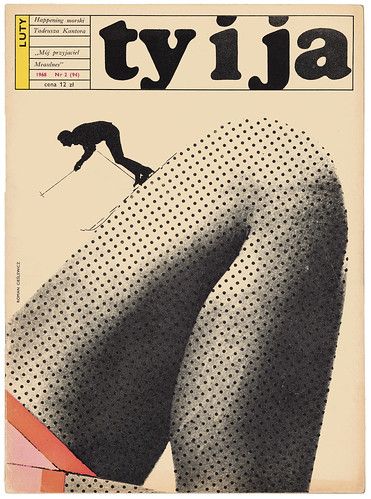 David Crowley, head of the School of Visual Culture at the National College of Art and Design, Dublin