A feature should have a spring in its step and a gleam in its eye, says Tim de Lisle 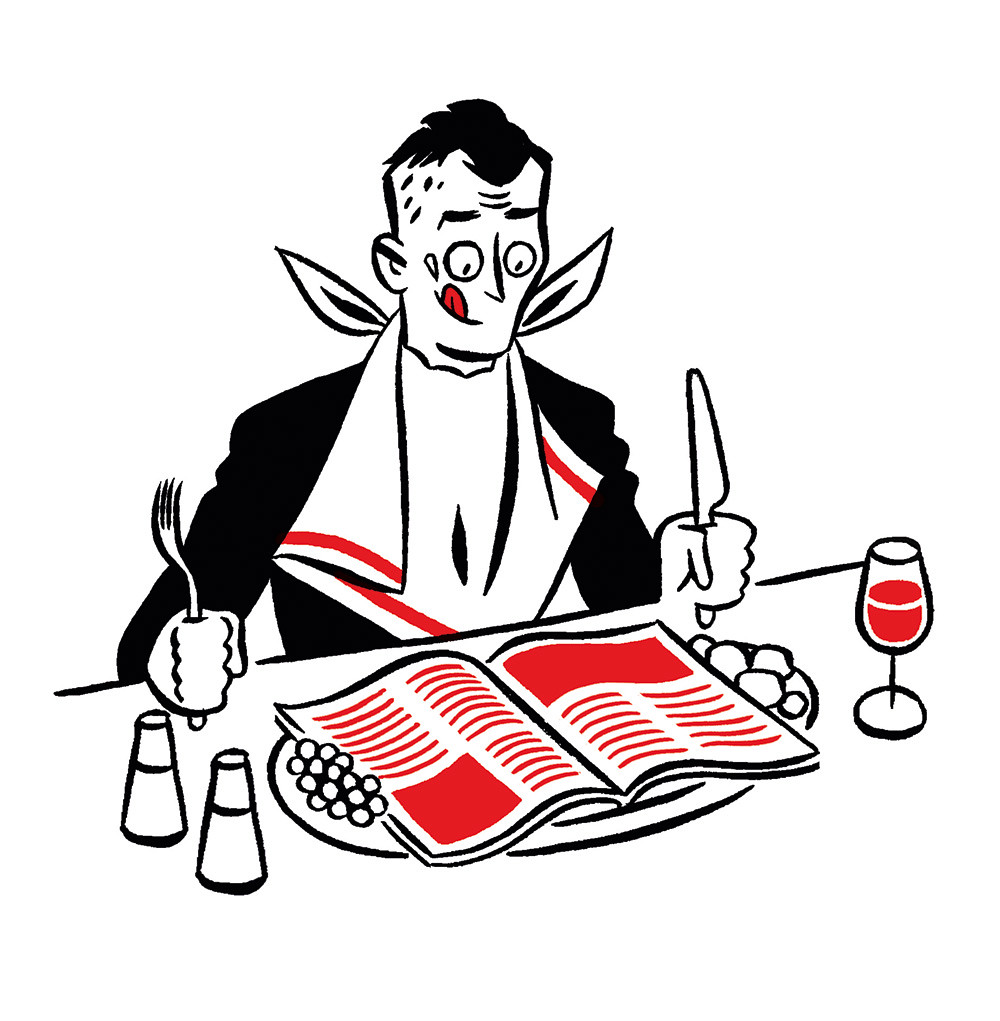 Features are rather like jazz, easier to recognise than to define. But, unlike jazz, they are not at all esoteric. In magazines, they are considered the main course, even when, as in Vogue, they arrive at the end of the meal. There are some famous magazines that are all about features (The New Yorker, The New York Times Magazine) and others that don’t even have them (Private Eye, The Economist).

So what is a feature, exactly? ‘A newspaper or magazine article or a broadcast programme,’ say OxfordDictionaries.com, ‘devoted to the treatment of a particular topic, typically at length.’ Well, yes, they’ve got the general idea. But then they reel off some synonyms: article, piece, item, report, story, column, review, commentary, criticism, analysis, write-up and exposé. The idea becomes foggier here, because the terms ‘article’ and ‘piece’ can apply to almost any written journalism, while ‘column’ means something that isn’t a feature (somebody’s regular slot, often written off the top of the head), and so does review (a critique, not necessarily a criticism, of a book or film or whatever). Commentary and analysis are think pieces, not features An exposé is investigative, and a write-up whisks us back to unhelpful generalities. I realise that this may look like nit-picking, but if you can’t get the nit-comb out for a dictionary definition, when can you?

A feature is a piece of writing that is both reported and reflective (not rapid, like news; not telling you what happened yesterday). It is entertaining, it has a spring in its step and a gleam in its eye. It is thorough – the longer it has taken to prepare, the more and more featurey it will be, and the more readers it will attract, because people will pass it round.

A feature is designed to explore, not to persuade, though it may express opinions along the way. It is more interested in showing than telling, in recording than recommending, in quoting than judging. Its paragraphs tend to begin with an event, not a contention. The writer will have gone somewhere, if she had time, and her words will take you along, too, so that you feel the subject’s presence and look around their lovely home – or dreary hotel suite.

A good feature writer isn’t just a microphone, mechanically gathering quotes; she’s a camera too, a set of antennae, a heart and a soul. I say ‘she’ because features, more than most elements of journalism, are in touch with their feminine side. When I joined The Daily Telegraph in 1986, the only places that ever ran a feature were the women’s page and the colour supplement. But within 18 months, I was the junior writer, of five, on the new-feature desk, which produced two or three features a day for the op-ed page.

A feature may be about a person (‘The real Meryl’), an organisation (‘Inside Amazon’), a phenomenon (‘The rise and rise of the packaged sandwich’), or a sequence of events (‘How Facebook helped Trump’), among other things. If it’s about a person, it could be an interview, a profile, a tribute, or a memoir. If it’s an interview, it should come with a photo-shoot. If the subject eludes the camera for some reason, the photos may well be replaced by illustrations. In a perfect mag, every feature is strong enough, both as a story and a set of visuals, to make the cover.

The first duty of the features section is to be compelling, to have a sense of occasion. The second is to be revealing, to produce a piece that stays with the reader. The third is to be varied. You are running a restaurant and these are your main courses, so there has to be meat, fish and something veggie: a person, a phenomenon and a photo essay, say. Each should have a flavour of its own, distinct from the others and from previous efforts with the same ingredients. If you have an interview with Keith Richards, and your headline is ‘Keith Richards’, you are either working for Andy Warhol’s Interview in 1977 or giving up the ghost. The more familiar the subject, the more you need an angle: otherwise you are making a curry without spices.

Once the stories are filed, your role changes from chef to host. You’ve got Keith Richards and Elisabeth Moss – do you put them back-to-back, or keep them apart with a photo essay on the melting Arctic? Or hold one of them back for the next issue, so both can be on the cover? More broadly, there is the question of how repetitive you want to be. Some successful magazines (The Spectator, The Week) are airline meals, with fixed positions for everything – simple but effective, boring but reassuring. Others (Nova in the 1960s, The Face in the 1980s, Matador today) are more open, surprising, inclined to take risks, and these tend to be the mags with plenty of features.

Others mix the two modes. The New Yorker has a fearless features section, capable of dishing up 20,000 words on Antarctic explorer Henry Worsley, between the canapés at the beginning (‘Goings On About Town’, ‘Talk of the Town’ – naming slots is not their strong point) and the sweet trolley at the end (the caption contest, Anthony Lane on film). If your magazine is world-famous, or top-class, or both, you can get away with a lot. If there were an award for the Most Over-Rated Magazine, the shortlist would be stuffed with big names.

In features, heaven knowns, almost anything goes, which can be alarming. Good editors cope with this by holding their nerve and mixing some pragmatism in with their creativity. A piece has to be pulled, for reasons beyond your control – make sure at least one feature for the next issue is already in, so you can push it up the batting order. A big interview turns out to be a dud – grab a small one from another section and shove it into the spotlight (Intelligent Life’s second cover story, on Philip Pullman in 2007, was a case in point – an inspiration from the assistant editor, Isabel Lloyd, which brought the mag’s highest-ever newsstand sale). Your cover star drops dead – turn the profile into a tribute (‘The last interview’). As the editor, you have to be not just a chef and a host, but a page-maker, a person-manager, a mentor, an impresario, an ambassador – and, at times, a shameless opportunist.

Tim de Lisle was a feature writer for Smash Hits, The Daily Telegraph and The Guardian before winning an Editor of the Year award at Intelligent Life. He is now a consultant with Innovation in Media and the author of How to Write Well (Connell Guides)