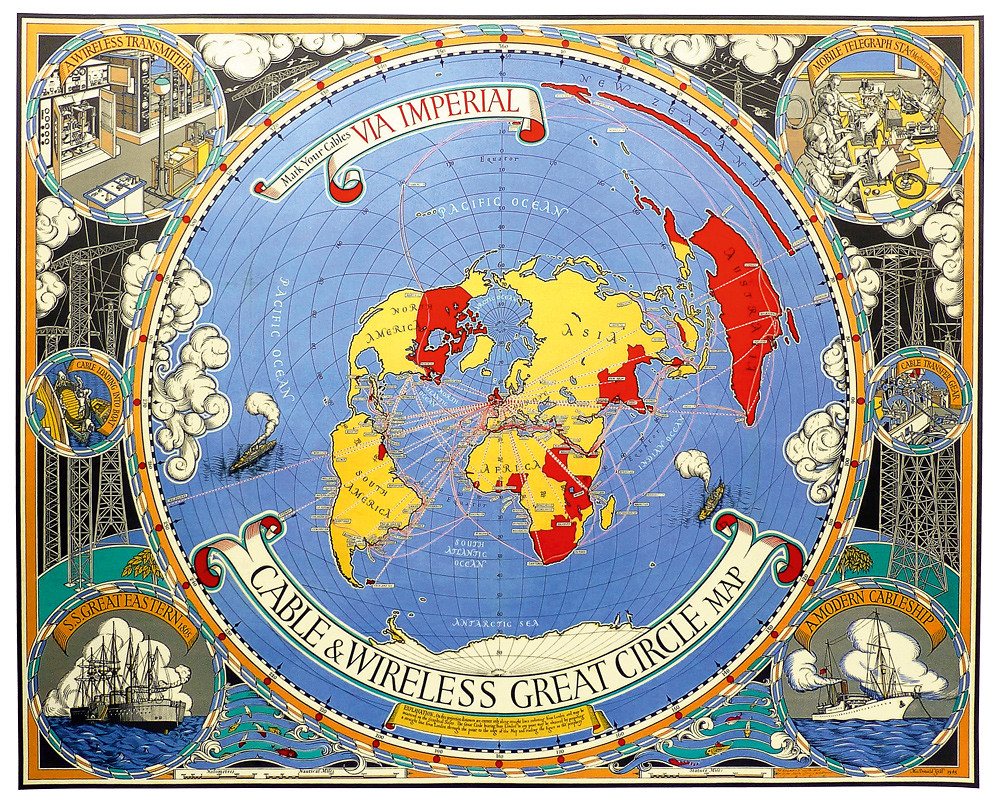 The London transport maps designed by MacDonald (Max) Gill can be regarded as sitting in the opposite corner to Harry Beck’s Underground diagram of 1931. Gill’s maps, full of a distinctly English fascination for technology and ceremony, communicate through illustration and humour as much as form and function. His meticulous artwork always includes a mass of illustrative detail and well researched information.

‘Max Gill: Wonderground Man’ (20 October to 28 April 2019) is a major new show at the Ditchling Museum of Art and Craft, near Hassocks in East Sussex, UK. It includes many artefacts discovered after the death, in 1984, of Gill’s second wife, Priscilla Johnston.

In 1918, he was apppointed by the Imperial War Graves Commission to design the lettering for military headstones; every war grave made since then, including the London Cenotaph, incorporates Gill’s letters. Gill also designed the GPO (General Post Office) logotype, in use from 1935-53. In 1935 Gill painted a huge mural map (right) for the ocean liner RMS Queen Mary.

Eye’s next Type Tuesday at St Bride Library on 4 December 2018 will focus upon ‘Max Gill and maps’ (with Adam Dants and Cal Jepps of City ID) followed by a similar event in Ditchling in 2019.