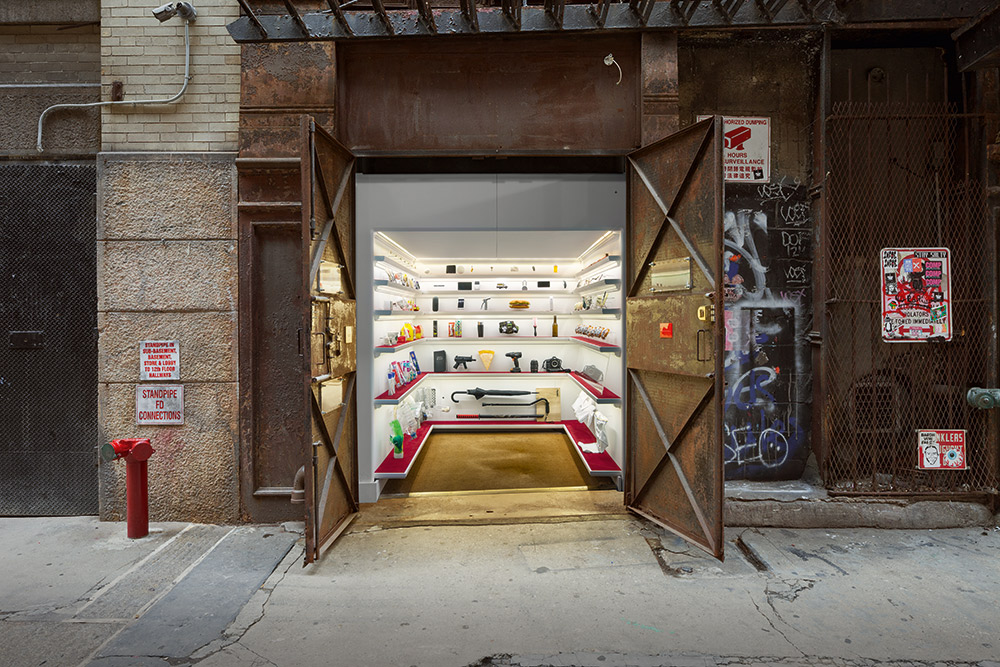 New York’s Mmuseumm is not a freak show but rather a show of freaky, poignant and heartfelt artefacts that tell stories about the human condition. Now in its fifth season, the tiny 36 square foot Mmuseumm (and its tiny annexe) is an experiment into journalistic ‘object-storytelling’ curation, whereby every item selected for display represents a slice of life that would doubtless be ignored in museums 1000 times the size. Small space begets huge idea.

The 2019 collections, many on loan from individual contributors, address prison DIY inventions and contraband, modern day religious ritual (including gluten-free Communion wafers), objects that triggered wrongful police shootings, items lost or tossed aside by immigrants at the Southern US border and counterfeit brand oddities. Smartly designed with three walls of shelves and brightly lit, Mmuseumm is an oasis of quirky culture on a narrow alley. The ultra-compact space is actually a former freight elevator in a vintage industrial building on Cortlandt Alley in Tribeca, Manhattan, with an annexe the size of an aircraft toilet sometimes used for special shows. It is currently a miniature souvenir shop and coffee bar.

Hairbrush – thought to be a lethal weapon – of a child shot by US police.
Top. Mmuseumm main gallery on the narrow Cortlandt Alley in downtown Manhattan. 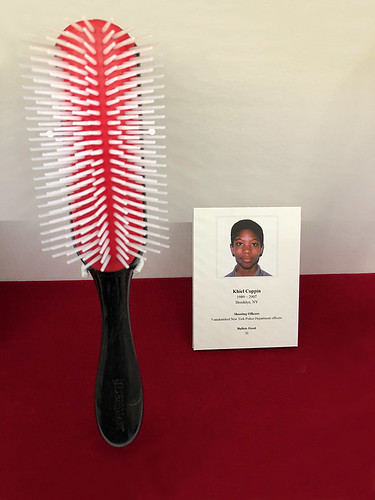 The brainchild of principal curator Alex Kalman, the 33-year-old son of Tibor (Eye 20) and Maira Kalman (Eye 47), Mmuseumm has been widely covered in the press and is now as bona fide a cultural destination as the Met or MoMA. In fact, one of its previous exhibits, ‘Sarah Berman’s Closet’, was installed at the Metropolitan Museum of Art for nine months and at the National Museum of American Jewish History in Philadelphia for five. The current season includes an entire wall devoted to prison-related items, from underwear made by prisoners and manufactured in prison; confiscated contraband inventions, like toothbrushes and tattoo pens; to restaurant receipts for the (take-out) last meals of death row inmates from an American penitentiary. The adjacent wall is filled with replicas of items that police officers said they believed were weapons – these include a black glasses case, a Holy Bible, an umbrella, electronic cigarette, toy truck, a hairbrush – that were found on men and women mistakenly shot and killed by police. Each item is identified with a photograph of the victim, age, name of the police shooter and how many bullets were discharged. Heartbreaking!

On nearby shelves is a selection of currency used by ISIS during their various occupations, as well as off-brand copies of American fast foods sold in Iran.

Mmuseumm is just one of Kalman’s depository of narratives. In 2018 and 2019, Mmuseumm Books published a full catalogue with descriptions that are also available on a giveaway broadsheet. The logo, incidentally, which uses the contour of the shelves as its mark, is smartly conceived.

Mmuseumm opening celebrations are major social events. At this year’s, despite a rainstorm, 600-plus guests filled the alley. It was catered by an authentic hot-dog vendor, hosted by a ten-year-old girl as master of ceremonies and highlighted by a parade of tiny Japanese cars.